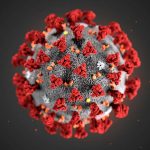 Debunking the Notion of Normal – Episode 001

Written by JeffHest on April 12, 2020. Posted in Episodes

In this opening episode we take the proverbial bull by the horns. “They say that after the current outbreak of COVID-19 passes, things will just get back to normal. That’s right, isn’t it? Please tell me that’s right!”

Well, we hate to be the ones to break it to you, but not so much…

It was a fun kick-off to the show. At least we had a good time… after the inevitable technical hiccups, of course…  How many astronomers does it take to keep from getting feedback after starting a live stream? Well, we had three on hand, so clearly the answer is larger than that. This inaugural episode went live on the 50th Anniversary of the infamous “Houston, we have a problem” moment during Apollo 13.  Thinking about it, how could we ask for a more propitious day to kick off a livestream/podcast talk show featuring three astronomers sharing their COVID-era thoughts about the world? The episode starts out with conversation about what Apollo 13 was like from both inside the capsule and from the cheap seats. Mission Commander Jim Lovell has worked with Astronomy Magazine quite a few times over the years, which offered up opportunity for some serious name dropping. Then we turn our attention to the question of the day: “When can we get back to normal after COVID?” Despite what you might hear from podia and talking heads on the television machine, the obvious and inescapable answer to that question is, “never.” But maybe that’s not actually a bad thing. It seems likely this question will be a recurring theme over the long and successful run of the show to come! Without further ado, Episode 001 of Scientists Stuck Inside. Listen and enjoy!

Trackback from your site.